I'm using Beersmith [1] a (non-free...) software to create my beer recipes. It is written in Java and runs well on Linux. One of the biggest benefits with using Beersmith is that my brewing house [2] is taking exported recipes as input and setup mash schemes automatically - really comfortable.

I brew beer several times a month and always takes notes of each brewing, both methods and results. The goal is to get reproducible results each time or to make small improvements. Instead of having all these notes in separate locations, it would be nice if I instead collected all of my brewing as blog posts.

With that said, this blog will probably evolve to contain non-technical posts as well in the near future. 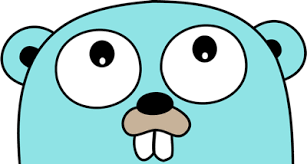 To be honest, I'm not really a fan of high-level programming languages as I can't take them seriously. But I guess it is time to learn something new. What I have tested with Go so far is rather impressive. For example, I cannot imagine a simpler XML parsing (I'm used to libxml2).

I also like the gofmt [4] tool to make the code properly formatted. Every language should have such a tool. It is also easy so cross compile the application to different architectures by specify $GOOS and $GOARCH. I have only tested with ARM and it just works.

Most languages has a way to tell what functionality it should import and be usable to your file. Go is using import and has the following syntax

What makes it really interesting is when you do this

I.e. point to a repository. You only need to download the repository to your $GOPATH location and then it is useable

Notes:
I need to create tables for print the recipes properly. I found tablewriter [5] that is printing ASCII-tables. Unfortunately, it does not create tables in reStructuredText format so I had to fork the project and implement support for that. Hopefully the changes will make it back to the original project. There is a pending pull request for that.

I really liked how easy it was to unmarshal XML. Consider the following snip from the exported recipe

There is no need to create variables for all tags, just the ones you are interesting in.

Later on, read the file and unmarshal the XML

The structure will now be populated with values from the XML file. Magical, isn't it?

I have only used tested Golang for a working day approximately, and I like it. I used to use Python for all kind of fast prototyping, but I think I will consider Golang the next time.

What I really like in comparison with Python are:

The result can be found on my GitHub [6] account.