Update: Michael Larabel on Phoronix has written a post [3] about this driver. Go ahead and read it as well!

A few years ago I used to build multirotors, mostly quadcopters and tricopters. It is a fun hobby, both building and flying is incredible satisfying. The first multirotors i built was nicely made with CNC cutted details. They looked really nice and robust. However, with more than 100+ crashes under the belt, the last ones was made out of sticks and a food box. Easy to repair and just as fun to fly.

This hobby requires practice, and even if the most fun way to practice is by flying, it is really time consuming. A more time efficient way to practice is by a simulator, so I bought PhoenixRC [1], which is a flight simulator. It comes with an USB adapter that let you connect and fly with your own RC controller. I did not run the simulator so much. PhoenixRC is a Windows software and there was no driver for the adapter for Linux. The only instance of Windows I had was on a separate disk that layed on the shelf, but switching disk on your laptop each time you want to fly is simply not going to happened.

This new year eve (2017), my wife became ill and I got some time for my own. Far down into a box I found the adapter and plugged it into my Linux computer. Still no driver.

The reverse engineering was quite simple. It turns out that the adapter only has 1 configuration, 1 interface and 1 endpoint of in-interrupt type. This simply means that it only has an unidirectional communication path, initiated by sending an interrupt URB (USB Request Block) to the device. If you are not familiar with what configurations, interfaces and endpoints are in terms of USB, please google the USB standard specification.

The data from our URB was only 8 bytes. After some testing with my RC controller I got the following mapping between data and the channels on the controller:

So I created a device driver that registered an input device with the following events:

Heli-X [2] is an excellent cross platform flight simulator that runs perfect on Linux. Now I have spent several hours with a Goblin 700 Helicopter and it is just as fun as I rembembered. 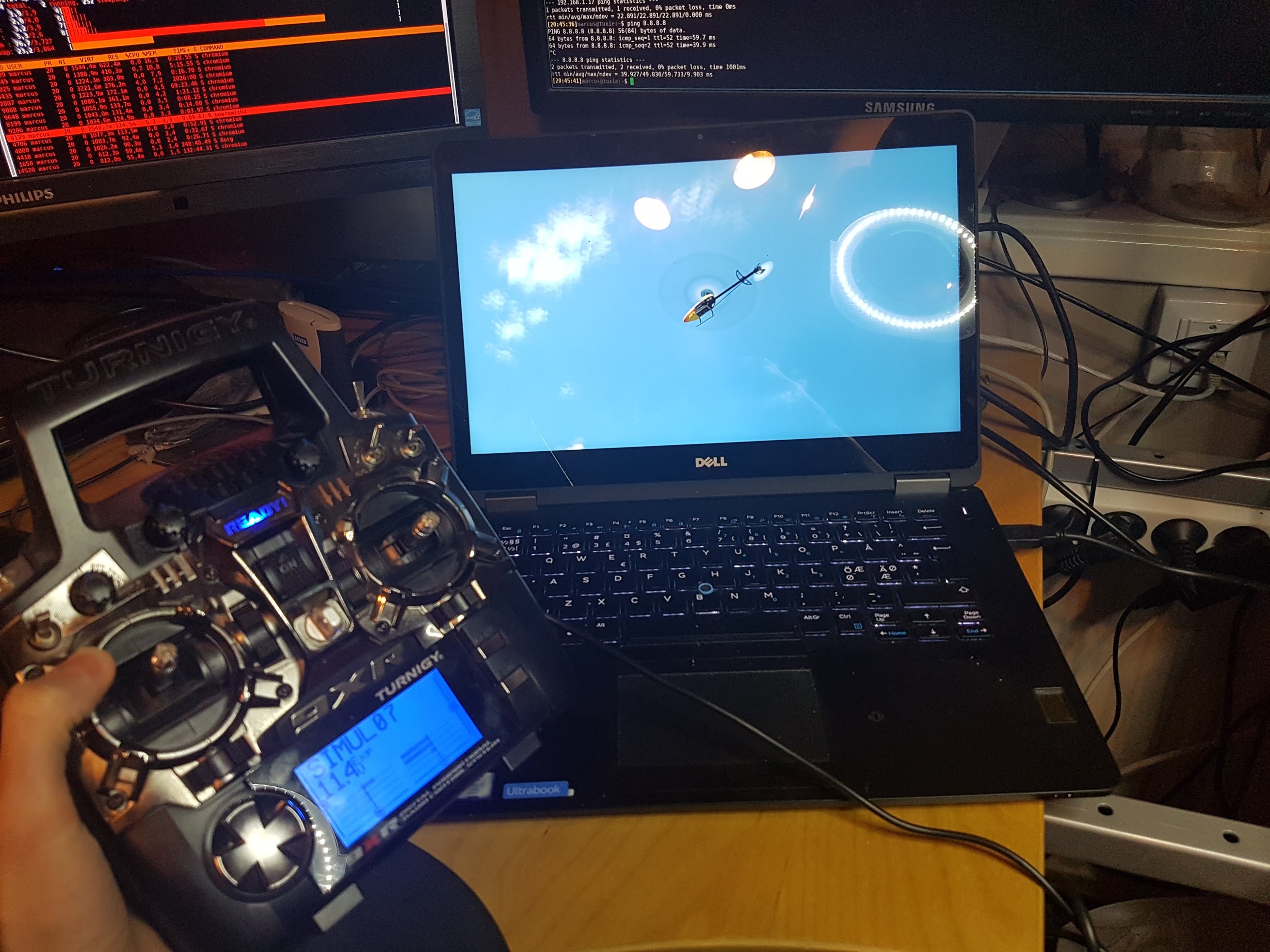 Of course all code is submitted to the Linux kernel and should be merged in v4.17.